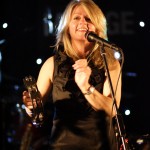 Lorraine started singing in bands in the North East, as soon as she left school. Fronted Punk bands, Funk bands, 16 piece Big Bands, and latterly function bands. In the distant past she has sang with artists such as; Paul Carrack (Mike and the Mechanics) , Jimmy Nail, Slade, Gary Glitter (Oh!), Tom O’Connor (who?).

Lorraine thoroughly enjoys recording and has spent a great deal of time in studios recording vocals for songwriters, for children’s Disney Albums and as a commercial voice over artist.

Some memorable occasions include; Performing for weeks and weeks on stage with a broken potted leg and twice with  rather large bumps!…  Filming drama’s with the band for YTV/Granada alongside Amanda Redman & Peter Davison; Caroline Quentin & Paul Rhys. 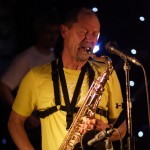 Ian started off by listening over and over to grandad’s old wind up 78 record player, playing classic old swing era jazz but at 100 rpm. His first public performance was at school aged eight playing the solo from Tchaikovsky’s Swan Lake on his recorder 🙂 Ian left school at 16 to go to Leeds music College and got thoroughly corrupted by older students who introduced him to the grown up world of jazz. From then on Ian has been playing and teaching woodwinds and mostly saxophone. He has a student waiting list as large as his ego-ha! Ian composes pieces, conducts and leads the sax band ‘Soundbyte’ and… yes, he has been with Lorraine and Mirage since the start! 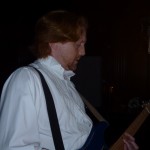 Born in the frozen North, Jamie’s earliest memories are playing with the controls of a Vox AC30, and going to his Dad’s Jazz Club!

Recently returned from several years playing and working in London, he is currently gigging with Mirage and The UK Foo Fighters, Sound Engineering, a little teaching here and there, and running Iridian Design, a small graphic design and CD/DVD production business. Keeping busy then!

An embarrassing tale of long hair, Telecasters and three chords was the beginning of Nick’s guitar playing. 30 years on and not much has changed except he’s now learnt an extra chord from Dunc! Nick is still waiting for that golden opportunity to play his guitar without being told to turn it down – Ah ha… 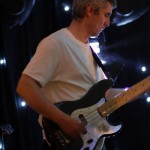 Over the years you may have spotted Dunc playing in various jazz combos around Yorkshire. Rock enthusiasts may also remember him as Jon Strong’s bass player. Dunc’s role in Mirage along with the drums is to provide the powerful but musical foundation to the unmistakable Mirage sound.

Dunc said last year was a bad year as his number of mistakes actually hit double figures! He assures the band that this won’t happen again. One of his favourite experiences was playing live on Radio 1’s Steve Wright show! 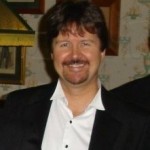 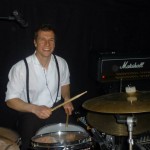 Harrogate born lad, Andrew began his musical career playing violin and piano until the age of 14 when he was given the opportunity to play drums for the school concert band.

Around this time he also joined The Harrogate Band for whom he still plays today. His love affair with Brass Bands blossomed and it gave him the opportunity of touring Europe and appearing at venues such as The Royal Albert Hall and The Birmingham Symphony Hall.

Andrew began teaching drums and percussion after leaving school and has worked with the likes of Northern School of Contemporary Dance, Harrogate High School and Harrogate Theatre playing percussion for groups such as The Deanery Players and St Andrew Players.

In 2005 Andrew played for the Harrogate based band Auraluxe. They reached the Emergenza competition final held at Liverpool Carling Academy 1. He has also gigged with local Harrogate based bands such as Ade Payne [keys, BV’s & Percussion], Groovebox [Drums & BV’s] and The Dan Burnett Band [Drums].